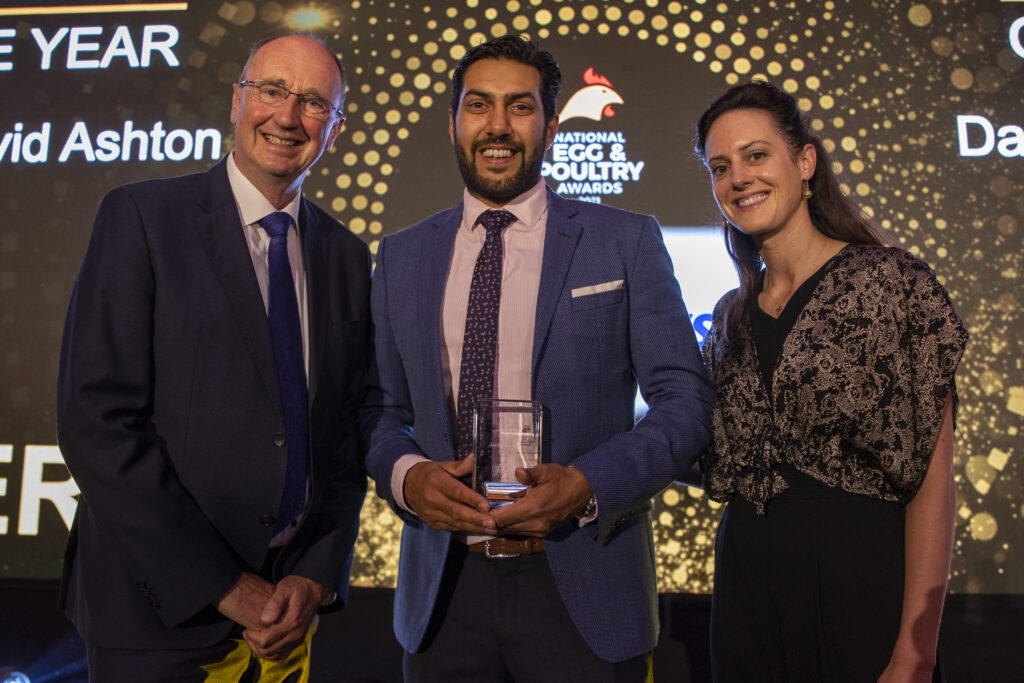 The National Egg & Poultry Awards was launched in 2018 as an annual event by Poultry Business magazine and Lewis Business Media to recognise excellence and innovation in the egg and poultry sectors.

Business leaders from all the major egg and poultry firms, representatives from industry bodies, and egg and poultry producers met in London for the awards ceremony, drinks reception, and gala dinner to celebrate the achievements from across the spectrum of the sector. Cricketing broadcaster Jonathan Agnew hosted the ceremony, where a total of 13 awards were handed out, covering all aspects of the industry from investment in poultry processing, to innovation in extra nutritious eggs, through to excellence in veterinary services.

Three awards were specifically designed to recognise young talent in the poultry sector: Young Vet of the Year, Young Farmer of the Year, and Young Processor of the Year.

The winners were announced on the night and our Noble producers Philip and Justine Ashton won Egg Producer of the Year.