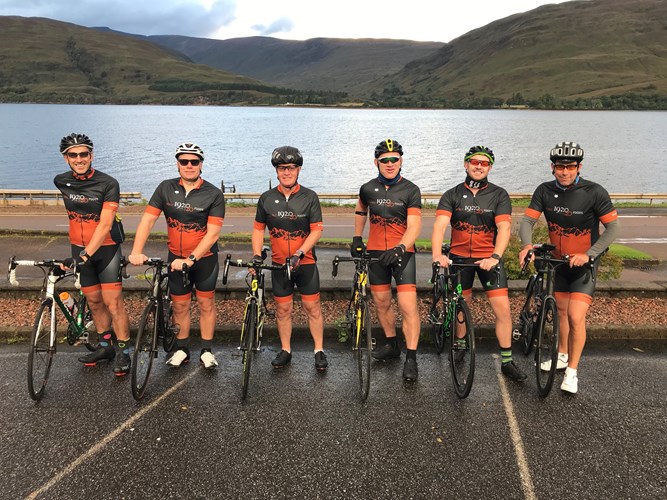 Noble colleagues raised over £50,000 for charities

Covid-19 has had an undeniable impact on the charity sector, and charities across the country are facing huge economic pressure with an estimated £4.3 billion in income being lost because of the inability for normal fund-raising events to take place during the pandemic.

Colleagues from Noble rose to the challenge and joined forces with some of our customers to endeavor to complete the National Three Peaks and Cycle Challenge, which took place between Saturday 25th September and Saturday 2nd October.

The team set out to raise £50,000 to be split equally between Cancer Research and The John Eastwood Hospice, two charities that are close to our hearts following the tragic loss of Millings Site Operations Manager at Belle Eau Park, Mark Lewis, who lost his battle with cancer back in 2018.

This huge challenge comprised of, not only climbing our National Three Peaks but also cycling to and from each one. The challenge involved over 28,000 ft of climbing on foot, and 500 miles of cycling between the peaks.

After several bike patch-ups, atrocious wet weather, aches and pains, and some mechanical issues, the team refused to quit and kept pushing through. In the end, the team made sure everyone reached the finish line after an epic week of many more highs than lows.

Together they all raised just over an incredible £50,000 and did us all proud. Thanks to everyone’s efforts, Cancer Research and The John Eastwood Hospice can now use this money to keep supporting those in need.